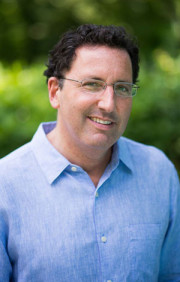 Dr. Merling completed undergraduate studies at McGill University in Montreal, Canada, where he graduated with First Class Honors in Psychology and received the James McGill Award for Academic Achievement.  Upon completion of this degree, Dr. Merling worked in the behavioral neurology clinic at the Jewish General Hospital in Montreal where he conducted neuropsychological assessments with patients suffering from a variety of neurological disorders and researched new methods of diagnosing Alzheimer’s disease and other dementias.

In 1996, Dr. Merling began working at the Addiction Institute of New York at Mt. Sinai West Hospital (AIMS) where he was the Supervising Psychologist on the inpatient unit for 22 years.  In September, 2017, Dr. Merling transitioned to working in the AIMS outpatient department where he lead various therapy groups, including groups for gay men using crystal methamphetamine,  and was director of the College Outreach Prevention Program (COPE).  He was the founder and co-director of the Psychology Externship Training Program at AIMS, and was the Director of the Faculty Practice in the Department of Psychiatry at Mt. Sinai West/St Lukes.  In addition to his work at Mt. Sinai, Dr. Merling was a Supervising Psychologist at PsychAssociates Group from 1997-2017 where he lead a team of psychologists who provided psychological services to patients in long-term care facilities.  Dr. Merling is currently an  Assistant Professor of Psychiatry at Mt. Sinai Icahn School of Medicine and is in full-time private practice.

Dr. Merling has taught courses in substance abuse treatment at Yeshiva University/Albert Einstein College of Medicine, where he was an adjunct faculty member.  He has appeared on television, radio and panels to discuss issues related to gay marriage and has written a book on ths topic.